There is a new myspace-linkedin-like site up called zaadz They are still in pre-Beta mode. Honestly: pre-Beta? What exactly does that mean for me?

And this what that site is all about:

Our Mission. That’s easy. We’re gonna change the world. […] The quick version of what we’re gonna do: build THE most inspired community of people in the world… Imagine social networking with a purpose, a community of seekers and conscious entrepreneurs circulating wisdom and inspiration and wealth and all that good stuff. Fun fun fun.

Somehow all of this sounds very ambitious. Almost too big. And like they’re playing in a competition where many other communities already gained ground.

A new Nike Ronaldinho Spot appeared on television, here is a clip I found on YouTube (via):

By now I also heard from some friends who actually do watch television regularly, that the Eric Cantona Spot appears on a view German stations – mainly the sports channels, of course. Sofar, I haven’t seen it myself, though.

Google Maps and Heineken hooked up in a new advergame

In this microsite visitors are supposed to search the world for gigs from Dutch live band Voicst using Google’s satellite images. All within a certain timeframe while a radio signal leads you to the right spot.

The game is intuitive enough, which is good as I don’t speak any dutch. At the end I found the spot (why would the want to have a gig there?), but I didn’t understand what they wanted my address details for – surely it was for some kind of sweepstake, but who knows what else I might have signed up for?

Try it out, it’s interesting and kept me busy for quite a few minutes (I had to try twice to find the spot – and it’s of course in a different place every time). 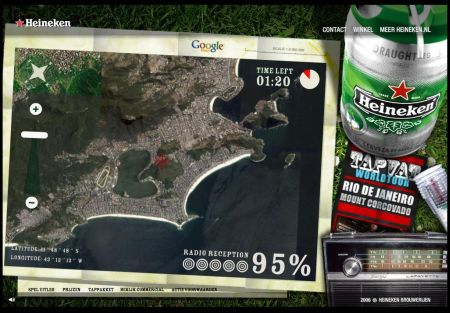 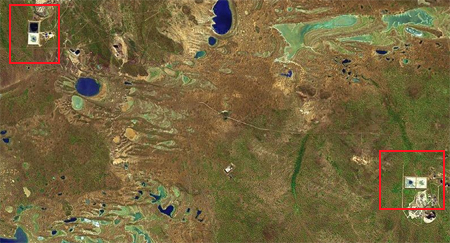 Viacom Starts Playing With Video Mashups reports business2blog. You can create mashups of clips from different show of their teen channel „the N“.
And of course you can email these clips to your friends. Smart as they are, they insert a little ad in the beginning.