The video insiders guide to neighborhoods across the world

Well, the title is a little overpromising. Sofar, TurnHere.com only covers parts of the USA. But nevertheless, the idea is nice. and some of the films are really made will with a lot of effort by all the individuals. Just like this one here: 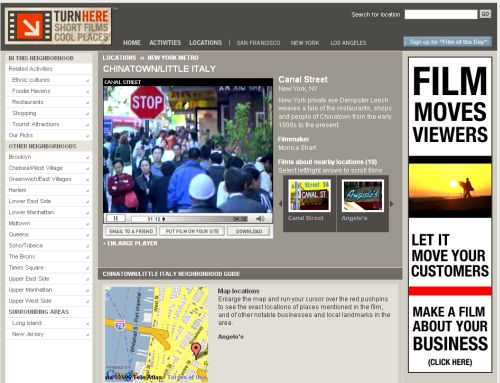 New York private eye Dempster Leech weaves a tale of the restaurants, shops and people of Chinatown from the early 1800s to the present.

This book could be interesting: Transformation. A forthcoming book by Grant McCracken, who now, writes a little about his book:

This book argues that there’s a new cultural regime, one that is, I believe, changing how we define the individual, the self, our culture and our economy.

He jumps right into the discussion about how commerce and pop culture has influenced our lives until today.

The academics and the essayists insisted that popular culture was a corruption, that the consumer was a dupe, that something had gone terribly wrong now that capital and commerce had been allowed to interfere with culture.

He counters that argument, saying:

Popular culture got steadily better. We did not dumb down and out. TV improved. […] The parts of culture not touched by commerce, well, many of them descended into self absorption and incoherence. As Tyler Cowen pointed out, commerce is actually good for culture. Go figure. Shakespeare did.

This could turn out to be a very interesting read!

iGod is The Voice of St Matthew’s – a Godcast for sermons, etc.
Sounds crazy, but then again: why not? There will, most likely, be a huge audience for these kind of podcasts. And for the church its an easy way to spread their message. 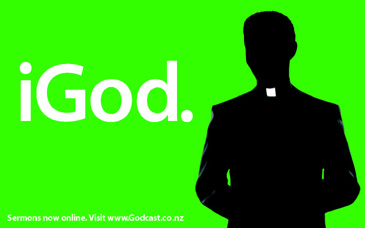 The Long Tail and an Interview.

psfk has a short interview of Chris Anderson, author of „The Long Tail“ – a book which I am definitely goint to get.

Somehow I get the feeling that this is already part of Chris‘ promotion tour. Not that I blame him, in fact, I hope he will have a very good promotional campaign around his book. Because, as he says:

Many people have noted how ironic it would be if my book on niches becomes a hit. I can live with that 😉

What he writes about in his forthcoming book (at least from what I can guess from his blog) are quite fundamental things influencing our society these days and in the future.
His idea of the „long tail“ will be equally important as ideas such as the „tipping point“ or the „wisdom of the crowds„.

Yet, he describes a phenomenon which is, in a way, completely new to our civilisation, since it requires a certain technological and network infrastructure, that men didn’t have sofar.

This stands in contrast to the ideas of the other two book examples that came to my mind – those ideas were known of and relevant for some time, with the only distinction, that only now two writers of „The New Yorker“ had put down these psychological/sociological theories into everyday speak for the common hobby-intellectual (like myself).

In April, ABC announced that some of their prime time shows will be available online the day after they first aired. Not for free, of course, they contain ads that you cannot skip. (This reminds me of the discussion that arose when bloggers found out that Philips is filing a patent for devices that won’t let you skip commercials.

This created a huge discussion in the last couple of week about the future of the (TV-) Networks in a world with perfect digital free distribution networks. Here and here, are two posts that discuss this.

Jeff Jarvis also writes an extensive Post on this topic and claims: Everybodyâ€™s a network:

So in a way, content is still king, but everyone can now create and distribute content. Distribution is no longer an added value for consumers. Organisations that built their business model around the distribution and ownershop of content need to change their business model now. One way could be, as Jeff writes, to use their expertise to show people where to find the best stuff.
A VC writes about the future of media, about how content needs to be unbundled, micro-chunked and freely distributed.

In the old static-network world, it made no sense to send people to other networks; in the new, fluid world, they’re going to go there anyway, and so the best thing to do is to help them find the best stuff, redefining the value of a network.

In a way, it’s like Google: People go there, in order to be pointed to other websites. They don’t go to Google for „Google content“. Because there is none.

So content should be microchunked, freely distributed and then we need someone to help us find it.

Jeff points to Bubblegeneration who knows the solution:

Rebundling is where value capture will happen – at communities, reconstructors, markets, networks – that direct people’s attention to individualized ‚casts. This is where branding will be reborn – and where advertising is already being disrupted, ripped apart, and reborn (viz, Google, PPC, pay per call, etc)

It won’t happen overnight. But in the next few years, rebundling will be the future of connected consumption. Most often, it’s why consumers connect in the first place: why do you think people <3 MySpace, Last.fm, etc?

Content can be created and distributed by anone. But we will need an Audience Relationship Manager to help us through the jungle of information and find what’s relevant for us. At the end of the day, it’s about the scarcity of attention, a big topic nowadays and John Hagel writes:

That is one of the consequences of the growing relative scarcity of attention â€“ anyone who can help audiences connect with the most relevant and engaging content will be richly rewarded.