Oakley sunglasses for the chilenian miners

Now this completely slipped my attention until someone pointed it out to me (maybe, because I didn’t really watch the news on television).

The chilenian miners were rescued after a very long time underground, as we all know. We all cheered when we heard the news! But because one’s eyes need adjustment to the light of day after such a long time, Oakley managed to do something remarkable, that killed two birds with one stone: they supported the rescue ambitions (at least in a small way), by donating 35 sunglasses for the miners, and also managed to get some product placement into every news show on the planet, since the miners were shown in close up when they were rescued.

All that, without having pushed it, since they were asked to support the mission. 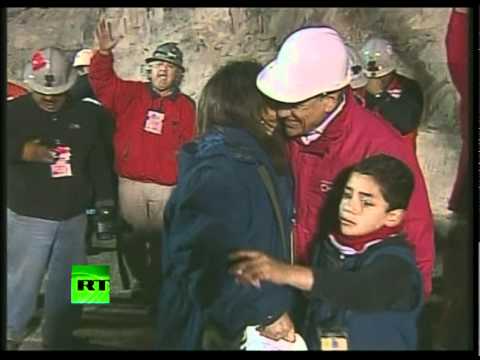 Boom chicka wah wah – or how to fascinate the children of the web.

iWait for you in line

Life can be so contradictory sometimes …