Werben & Wuergen: a parody of Becker, Brown and Hardy?

Ok, this one will only be fun for those of you speaking German, but indeed it could actually be a clever viral stunt: 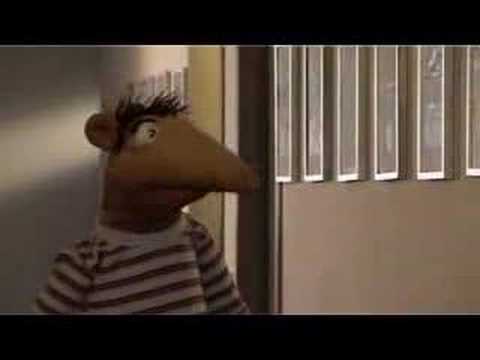 In total, it is a range of 10 videos (sofar) also found on the website Werben&WÃ¼rgen, which seems to be made specifically for the videos making fun of the work environment of Becker, Brown & Hardy, an agency from New York, also located in Berlin. The website of Becker, Brown & Hardy already has a big notice up, denying any involvement in this, stating that they will take legal action against the creators of Werben&WÃ¼rgen.

But who really is the creator? Is it Nolte & Lauth? They have PR statements on their website (opens PDF) claiming to support the website of Werben&WÃ¼rgen. But it doesn’t really say how they support it…

The Website Werben&WÃ¼rgen.de however is registered for Olaf Bauch, Ibob TGA, Usingen. That doesn’t help much, because whatever Ibob TGA is, their website does not yet show anything. And Olaf Bauch in Usingen seems to be an engineering bureau.

So, who is behind this? It does look like a cleverly made viral recruitment campaign for either (or both) of these agencies. Since the 10 clips have already taken us this far, I suppose (and hope) we’ll soon find out the rest about this…

In the meantime, enjoy the videos, they’re a lot of fun to watch!

And if anyone finds out what the real story of these videos is, let me know!

[Update: here and here are other sites actually stating that it is indeed a stunt by Becker, Brown and Hardy. I just wonder, how they got Nolte&Lauth in to participate? The two sources mentioned above wrote their posts well before N&L were brought into this. Or is N&L a fake agency? Or is it part of the BB&H Network? Anyway, the two sources say that even the main German Ad Newspapers fell for this, so I don’t feel so bad afterall…]